In and Around BA


After heading down to Patagonia for three weeks, I returned to Buenos Aires for another two weeks. I still had lots of people to catch up with and places to see. I´ll try to give you the interesting parts below.

On my last weekday in BA, I decided to take a bike tour of the city (many of you probably took Mike´s Bike Tour in Munich or another European city--I still have my t-shirt). It was a great way to see a lot of the city in 4 hours, and many (but not all) of these photos are from the tour. First, here is a picture of me with our small group. We´re at the ecological reserve. 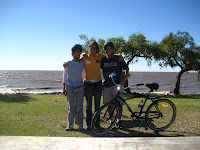 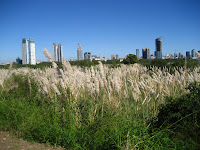 Here are some images from the Plaza de Mayo, named because the revolution against Spain was declared May 25, 1810. The pink building is their version of the white house. It was painted pink as a compromise between the two major parties whose colors were red and white. 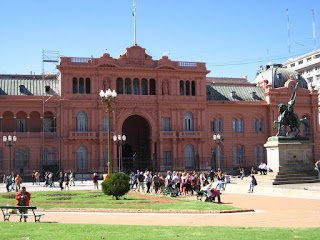 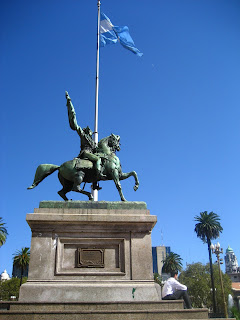 General San Martin finally liberated Argentina from the Spanish on July 9, 1816. Here is therefore known as ¨el liberador¨and has tons of streets, plazas, etc. named after him. Here is his statue in Plaza de San Martin: 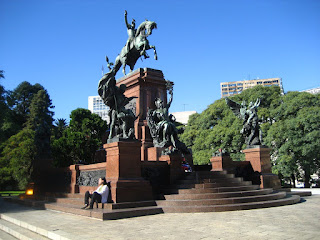 The widest street in BA (and I´m told the widest urban street in the world) is named for Argentine independence day.


On this street they have their own (smaller) version of
the Washington Monument, erected for the World Fair. I guess every country needs its own phalic symbol.

San Telmo is a funky neighborhood with lots of antique stores and a cool outdoor fair every Sunday. I stayed in a great hostel in San Telmo called the Garden House at the end of my time in BA. 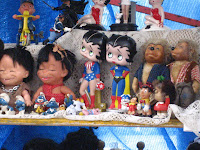 On my second-to-last Sunday, two American women who were living in San Telmo (Anne and Lindsay) took me on a little tour.

We saw some tango (see the part on tango below) and the fair. There was some truly weird shit at the fair. To the right and below are some exam 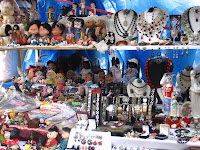 It reminded me of my friend´s hilarious blog http://www.shitfrommymom.blogspot.com/m.blogspot.com (which everyone should check out immediately if you haven´t seen it--it´s one of the funniest things I´ve seen on the web). 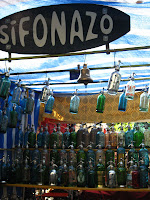 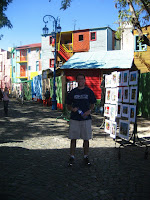 La Boca is the neighborhood of ¨la gente¨in BA. It´s poor, somewhat dangerous but with lots of character and quite beautiful. It´s crown jewels are its colorful housing stock and the stadium of the Boca Juniors futbol team.

I saw some Latin American art and an interesting exhibit of David LaChapelle with an awesome Brazilian woman named Rita. We hung out all day and were able to communicate quite well in spite of the fact that she speaks primarily Portuguese (and a bit of Spanish) and very little English. We even developed a system for using coins to help us explain particularly difficult parts of a story. Here we are outside of MALBA: 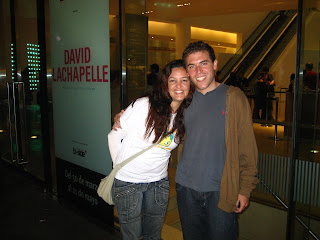 Argentina, of course, is famous for the tango. Nowadays, this is a tradition mostly carried on by older Argentines and street performers targeted at tourists. But, there are still some places where younger people tango (often in combination with other dancing). There are myriad opportunities to see tango. I didn´t go to an actual show (which often come with dinner and can be quite expensive), but did check out two milongas (dancing events where one can participate) and saw some street theatre.

Here is a couple dancing on the street in the San Telmo neighborhood: 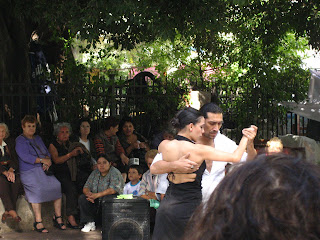 Here is the inside of a milonga: Finally, here´s a video of a couple dancing Tango in the Boca neighborhood: