This is my fourth day in Santiago and up until now I´d done very little. The weather had been shitty and I hadn´t been feeling great, so after going out Saturday night with my new friends Javier, Rodrigo, Vincent, and Catalina I did just about nothing Sunday and Monday. Monday I engaged in the guilty pleasure of watching three movies in a row at the hostel--something absolutely verboten in a foreign country with limited time (don´t worry, I won´t review them for you here...).

But, today was glorious and sunny; and I´m feeling nearly 100%. So, I covered lots of ground--which is easy in Santiago because although the city is large and dispersed, the central area with points of interest is relatively compact.


Plaza de Armas
I started my day at the Plaza de Armas, conventiently located just a few blocks from my hostel. The plaza is dedicated to those who fought and died for Chilean independence. In addition to statues, it features nice benches for chilling, artists painting and selling, regular gatherings of street performers, and, today, a book fair. I bought a few children´s books in Spanish to practice. 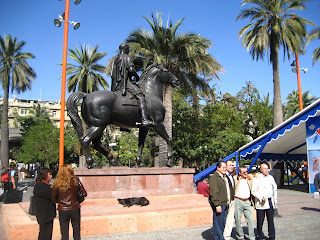 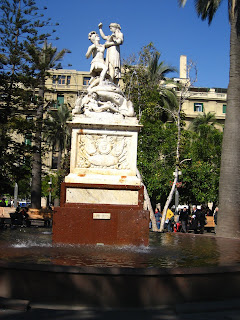 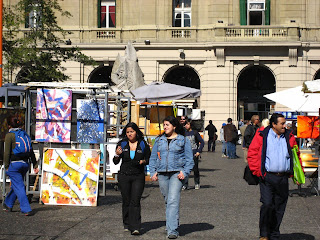 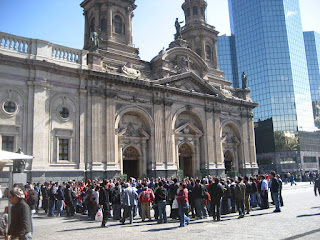 In front of the cathedral, I met my new friend Tomas, a boyhood friend of Jorge from YLS. I thought we were meeting for lunch, but what I got was much better--a short guided tour of downtown Santiago.


Coffee with Legs
Our first stop was a bit mind blowing. Tomas took me to Cafe Selva for what he called ¨cafe con piernas,¨or ¨coffee with legs.¨ This is a coffee shop that looks quite like a strip club inside. There are no tables, just loud music and women in thongs and bikini tops serving beverages and dancing with customers. 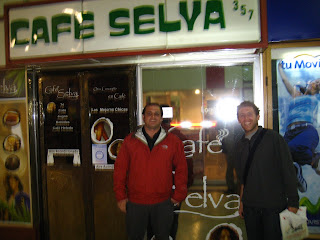 Apparently this is extremely common in Chile--these places are all over the place. Here are the two strangest parts: First, these places aren´t even open at night--strictly a daytime affair. This particular cafe was open from 9am to 8pm. Second, this place was right in the middle of a regular looking mall, next to sneaker stores, etc. And, there were at least 2-3 other similar places in the same mall. I didn´t see anything like this in Argentina. Not that I was looking, mom.


Important Buildings
Fortified by coffee and Coke (most of you know I´ve never had a cup of coffee), we went to see some important buildings. First, the stock exchange, appropriately labeled Bolsa de Comercio, which translated directly means ¨Bag of Commerce.¨ 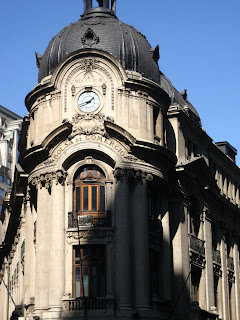 Next, their White House... 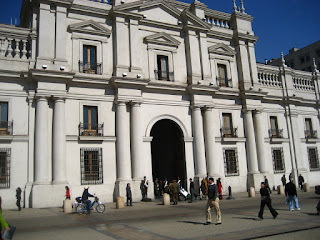 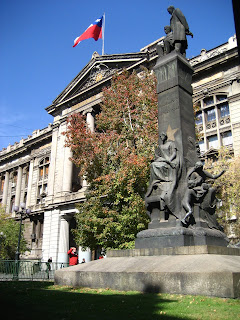 Lunch at the Mercado
After Tomas and I parted ways, I walked to the Mercado Central for a seafood lunch. You can check out my food in the ¨Comida Tipica¨series, but here´s what the inside of the market looked like. 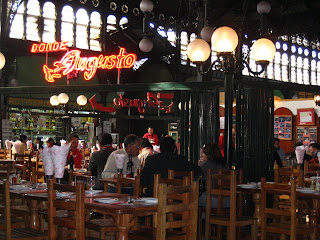 Cerro Santa Lucia
After lunch, I headed to Cerro Santa Lucia, a beautiful park on a large hill which provides some great views of the city (cerro means hill in Spanish). 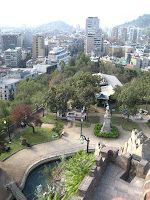 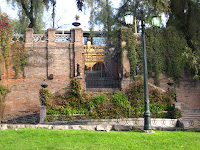 Egos and Phalic Edifices
Finally, those of you following the blog will note that Argentina has a smaller version of the Washington Monument on Avenida de 9 de Julio. I commented that it seems every country needs its own phalic symbol. Well, it seems I was right. And, it seems further that the size of that symbol is directly related to the size of the egos of the citizens. The U.S., of course, takes the cake for self-absorbtion; Argentines are known to be the most hauty of the Latin Americans; and then there´s the smaller, less arrogant neighbor to the west with their monumento pequeño: 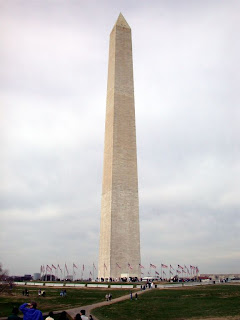 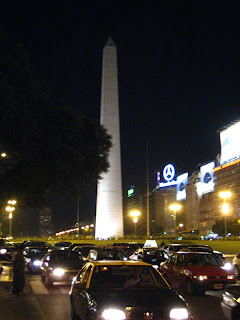 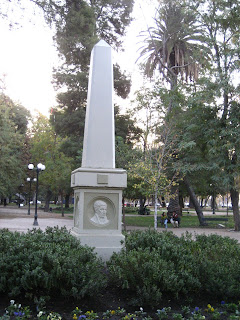 Dude- do you think they'll have "cafe con piernas" in Ecuador? I sure hope so.

Many of these picks are striking. Love the glas tower next to the older, ornate building.

That's not much of an obelisk for Chile - I wonder of they have adequacy issues.