After heading out of Arches, we drove across Utah towards Zion National Park.  Campsites here are very hard to come by, so we arranged to camp outside of the park at "Zion West RV Park."  As the name implies this was actually mostly an RV park but there was a small grassy area where one can camp...so we pulled up the chariot and did some low level car camping.

While there, we made some friends.  Here's Missy pictured with Guy (on the left, Missy's right)  and Justin.  Guy is living in one of the RVs (behind him, out of view), and Justin is living in the tent behind Missy to save money for college.  We ended up hanging out with these guys all evening.  Justin was even going to come into the park with us the next day to show us around but after doing the night shift at the school for kids recovering from trauma or substance abuse he was a bit too tired in the am. 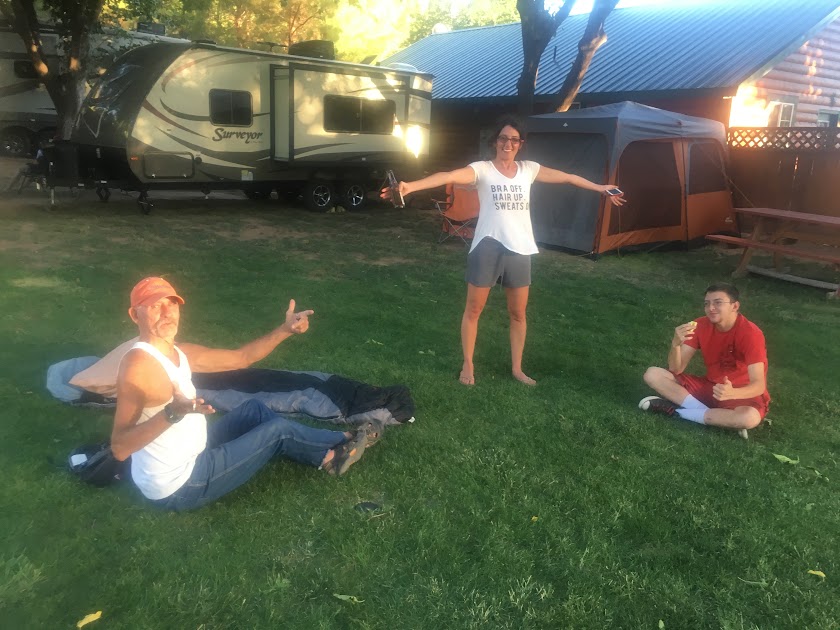 Perhaps most important, it is here that our traveling toaster finally found its rightful home.  As avid readers (I know you're out there) may recall, we were lugging a $20 toaster across the country because my brother Randy (who lives in Irvine, not the Bay Area where we were headed) mentioned offhand to my mother that he could use said toaster.  Missy and I found that somewhat ridiculous in a loving "Jewish mothers do the darndest things" kind of way, so we decided to treat the toaster like a travel companion, taking photos of it in various places throughout.  Well, our new friend Justin has a pretty sweet setup in his tent including a microwave, speakers, etc.--but no toaster. In a flash of clarity we knew that we were actually carrying the toaster this whole time not to then lug it down to LA/Irvine for my brother but rather to satisfy all of Justin's outstanding cooking needs.  The toaster had found it's highest purpose in Zion West RV Park.

Here I am with Justin and his newest cooking implement.  See the joy that you enabled, mom? 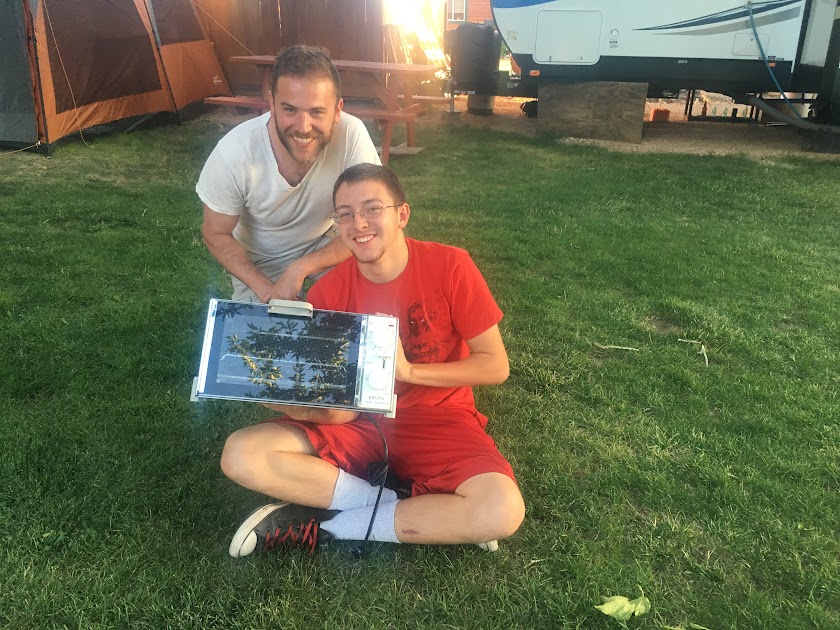 And, our beloved toaster already comfortably nestled into its new home. 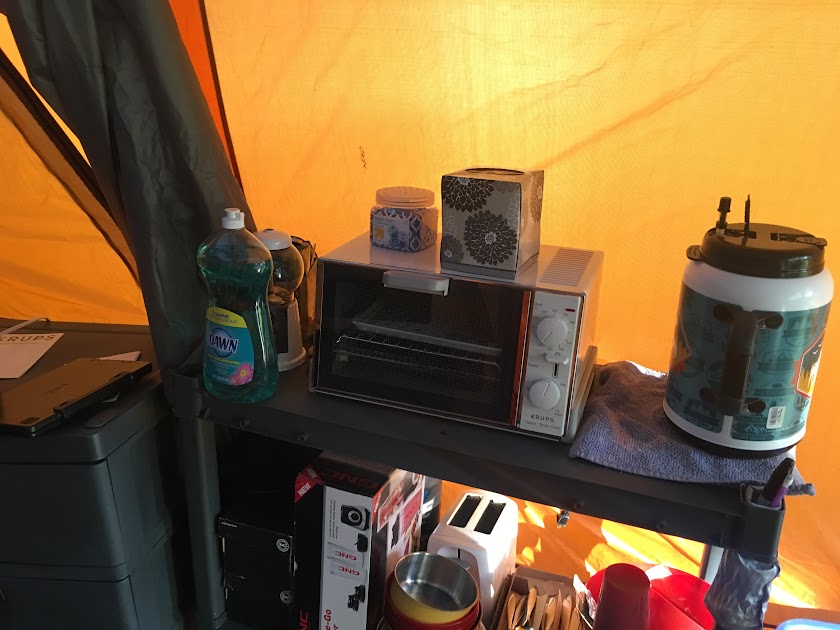 To her credit (and not at all to my surprise) my mother was both amused and happy when she learned the toaster wouldn't be making it to Randy's doorstep after all.

The next morning, we woke up and headed into Zion.  First, though, we stopped for breakfast.  Anyone remember when, way back in Denver, I argued that maroon was an especially popular color for SUVs?  Behold the parking lot at our breakfast joint.  Q.E.D. 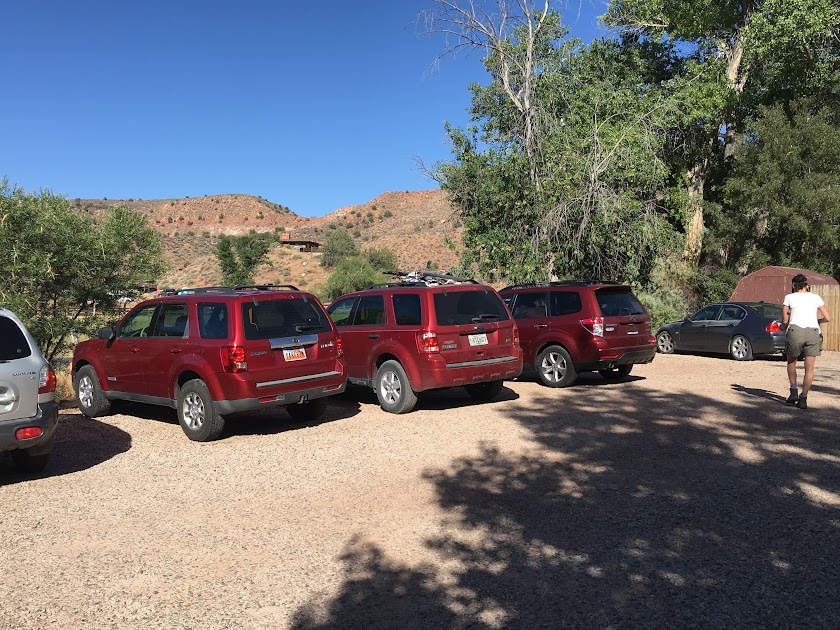