We started off Day 5 with a breakfast of buffalo hotdogs and fritos outside the entrance to Badlands National Park. 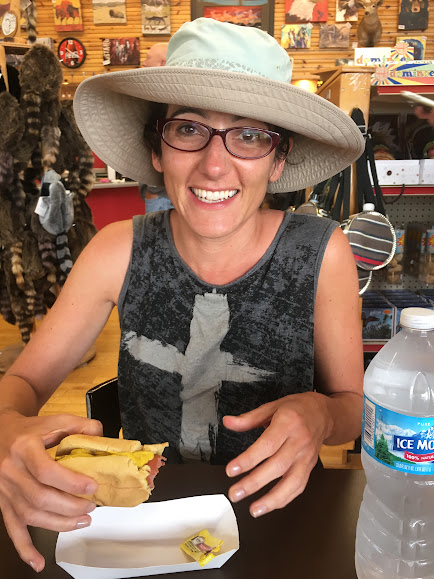 On the way into the park there was a prairie dog farm where you could feed and even pet the cute little guys. 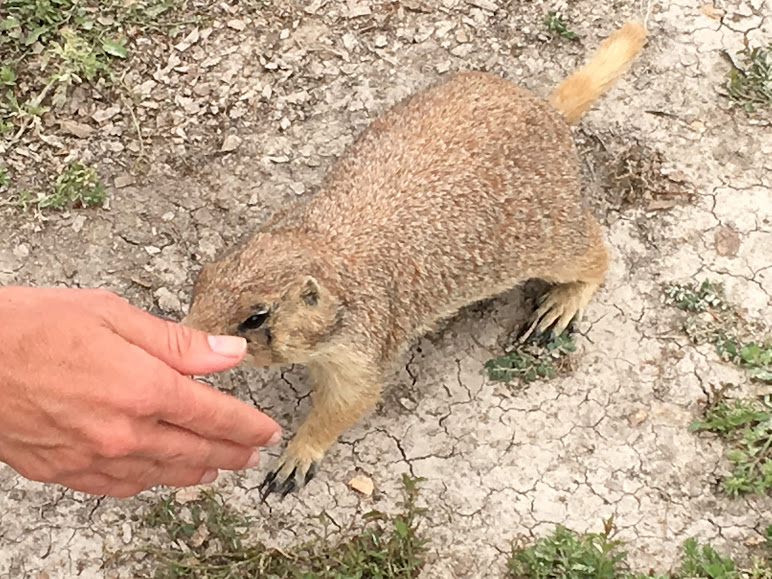 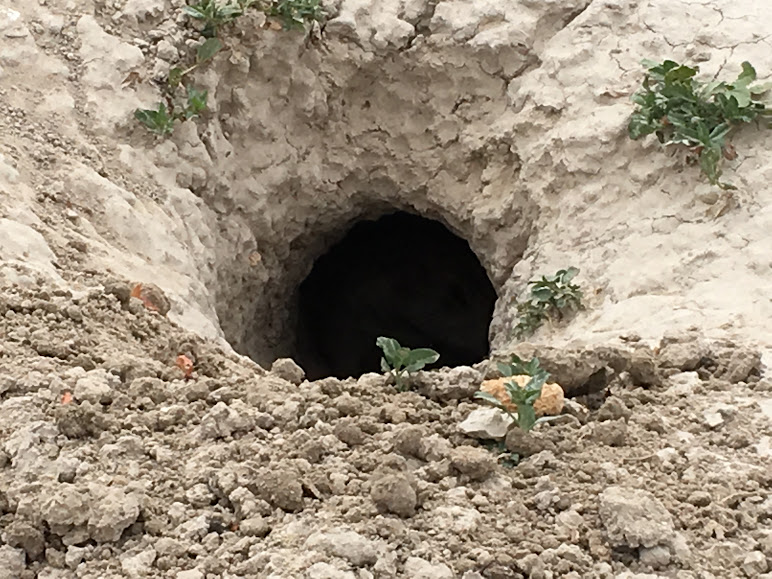 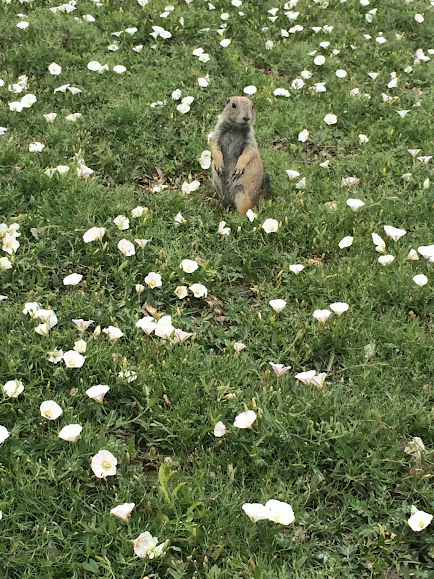 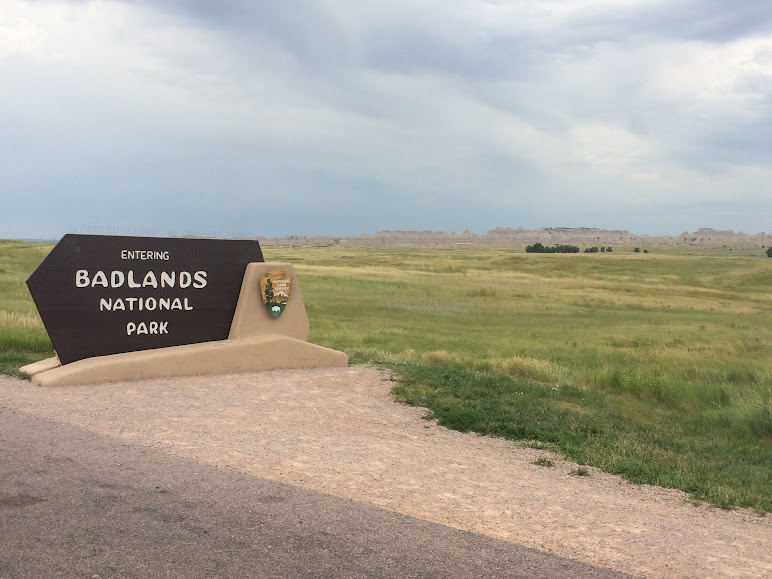 Badlands was stark and beautiful...but we figured out pretty quickly that we'd made a key mistake: the best views are at sunrise or sunset and we'd stupidly entered a couple of hours after sunrise.  Oh well, still worthwhile...but don't make the same mistake. 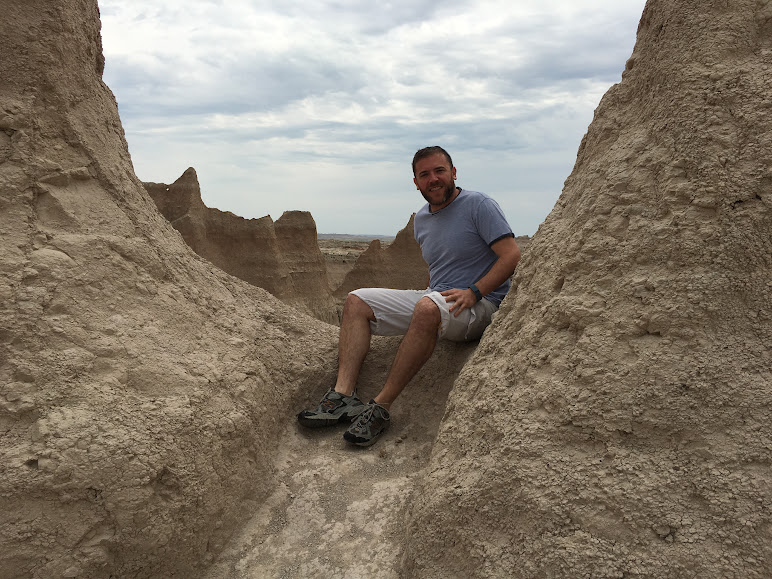 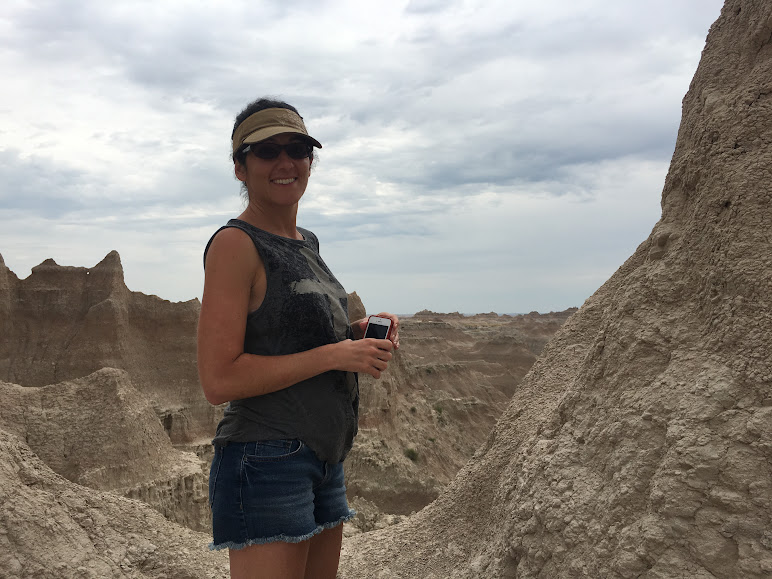 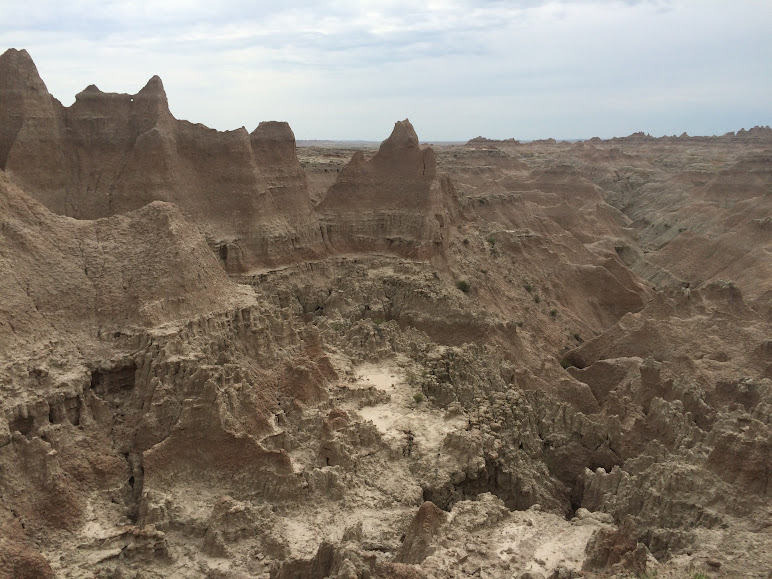 At our first stop in the park, we ran into Catherine and her troop of bicyclists riding from NYC to SFO for cancer research. 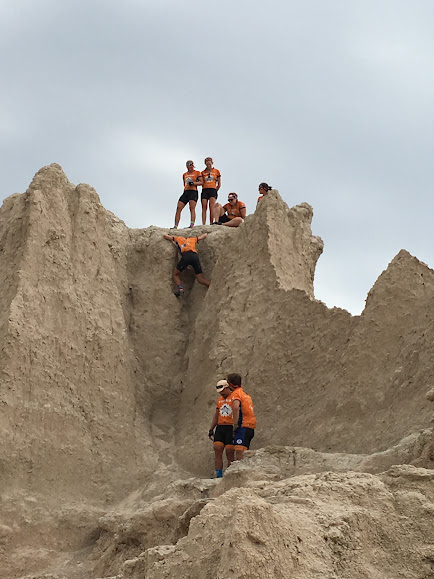 We then hiked the Saddle Pass Trail. 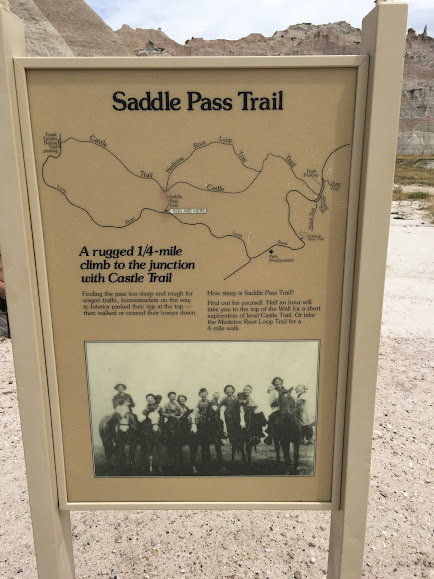 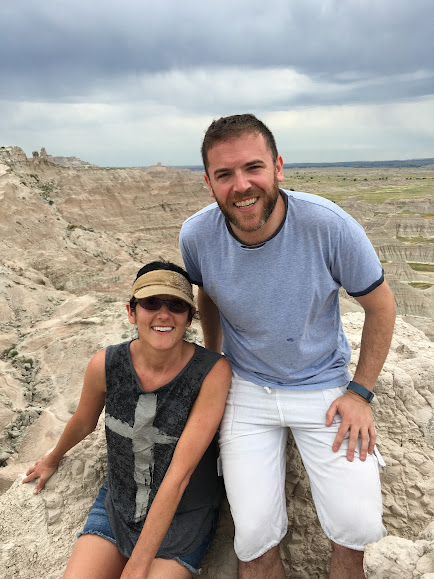 The landscape speaks for itself. 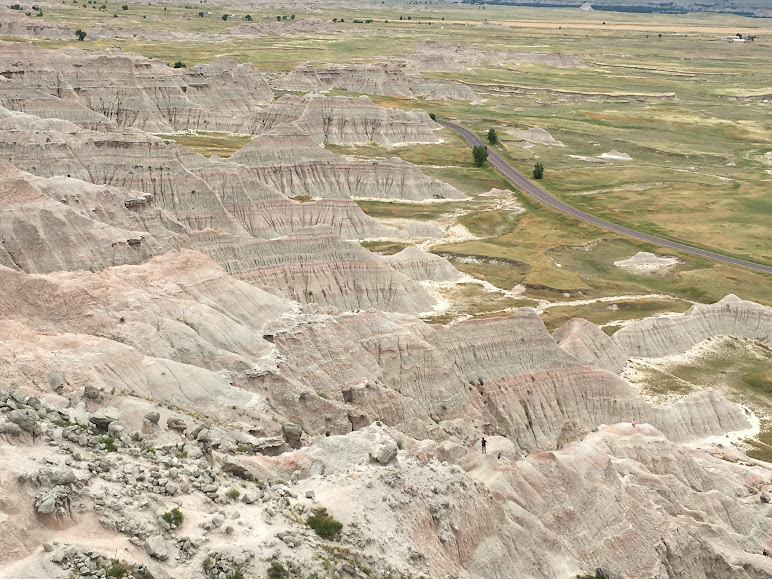 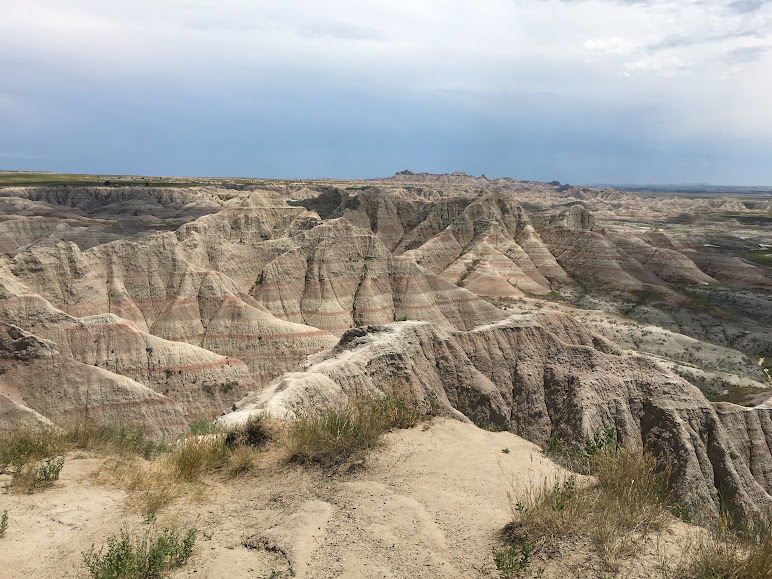 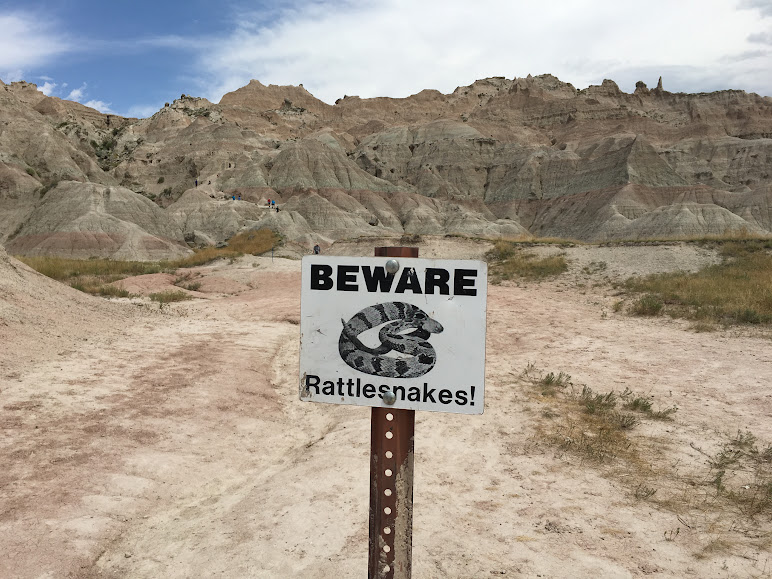 Then we headed to "Yellow Mounds Overlook." 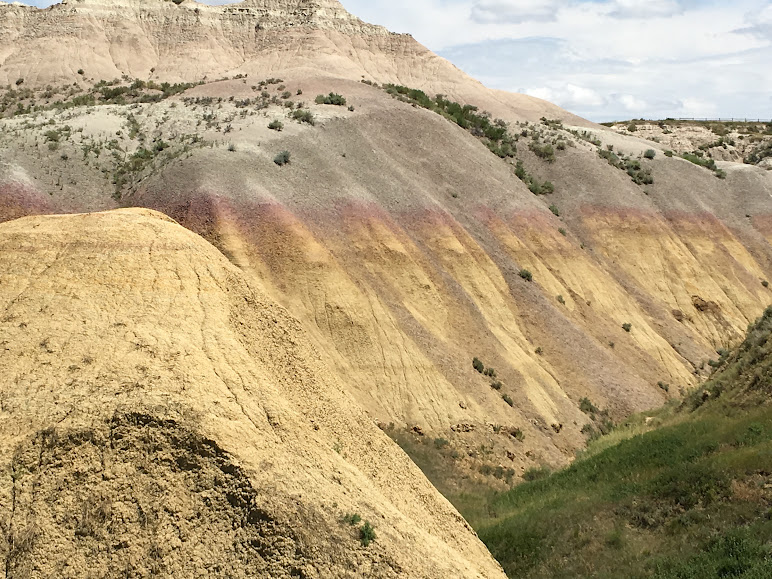 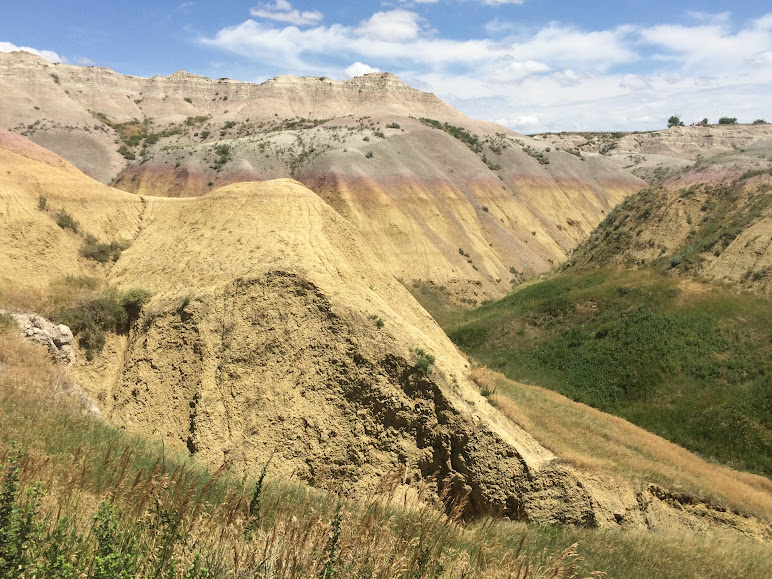 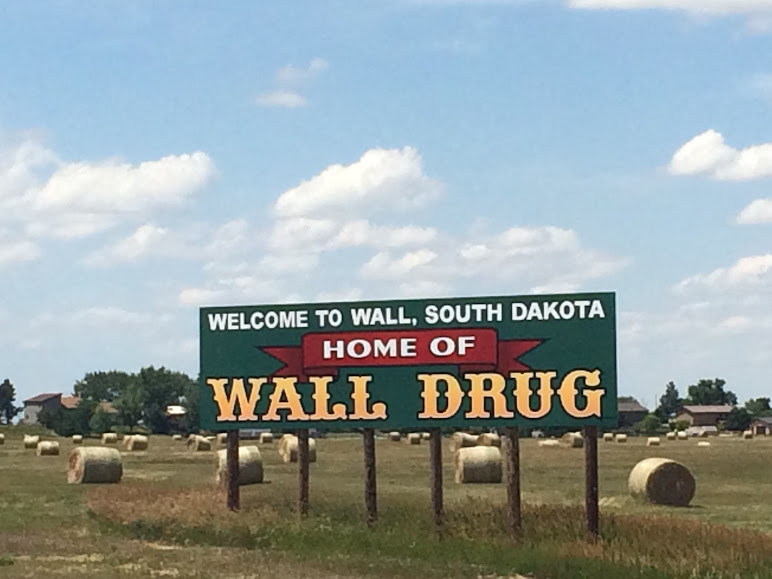 Right after leaving the park, we stopped at the famous Wall Drug (signs for hundreds if not thousands of miles...much like "South of the Border" on the East Coast). 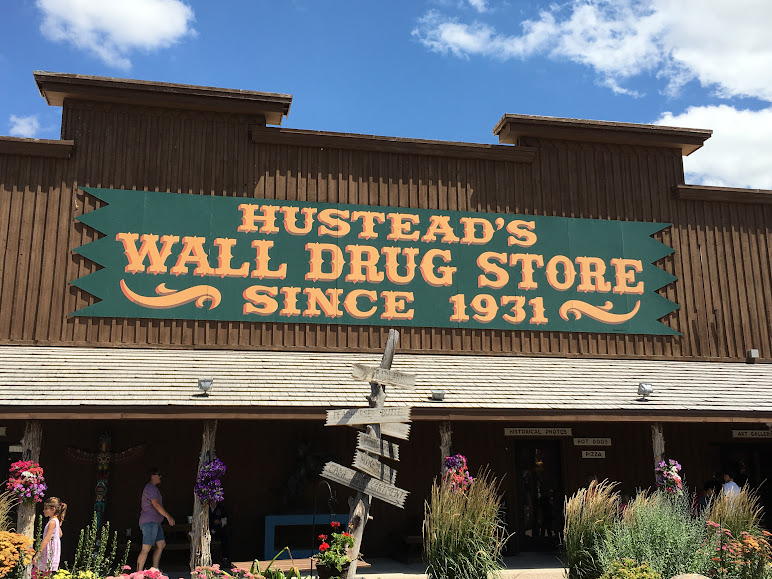 This place is the consummate tourist trap--it seems like they just kept adding more stores as the legend built on itself.  They've got all kinds of ways to spend your money here, and I even left with a Wall Drug branded "jackalope" for Mei-Wah. 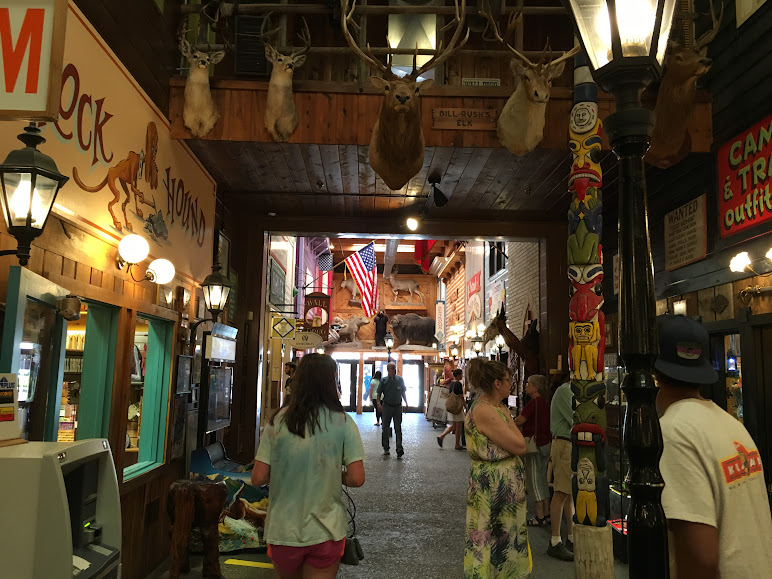 While there we couldn't not try their famous beef sandwich smothered in gravy (Missy declared it “actually quite good”) with a chocolate malt and homemade donuts, as well as the heavily-advertised 5 cent coffee. 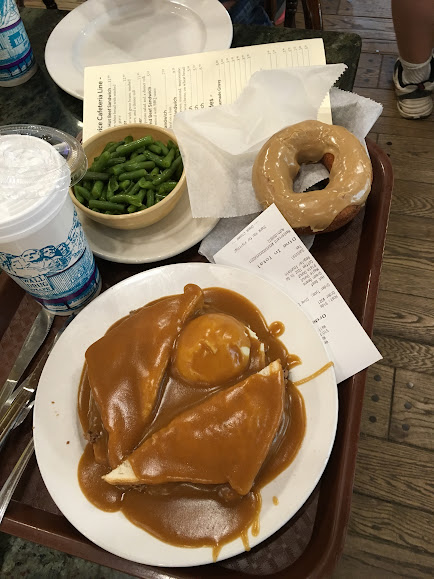 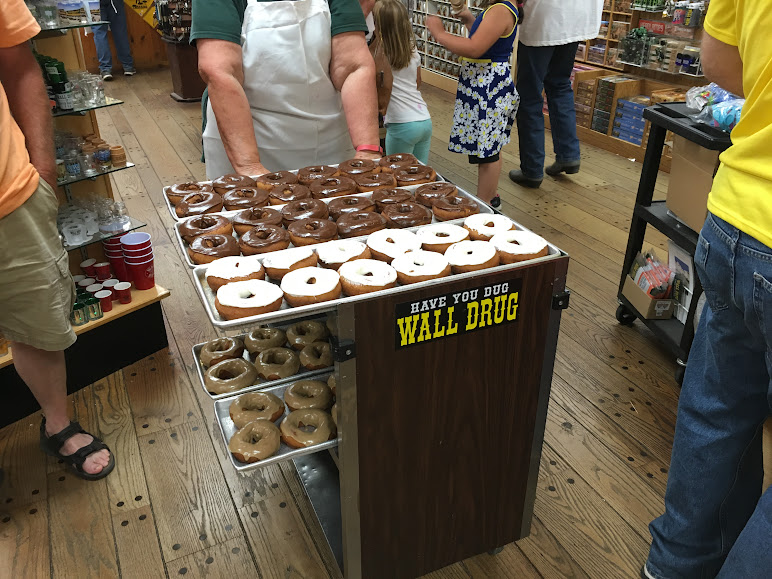 After filling up at Wall Drug, the next stop was Mt. Rushmore--which was actually cooler than we expected, as many folks had warned us it can be disappointing.

Here's a pic we took from outside the official park (I think). 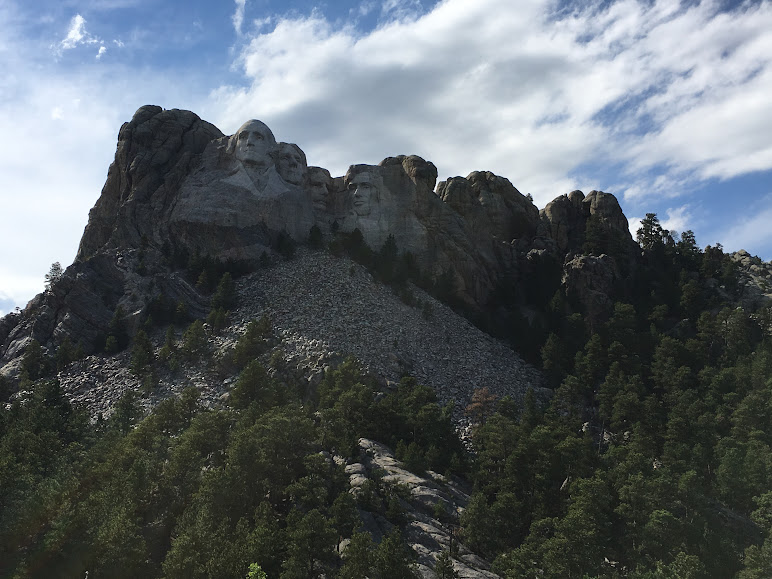 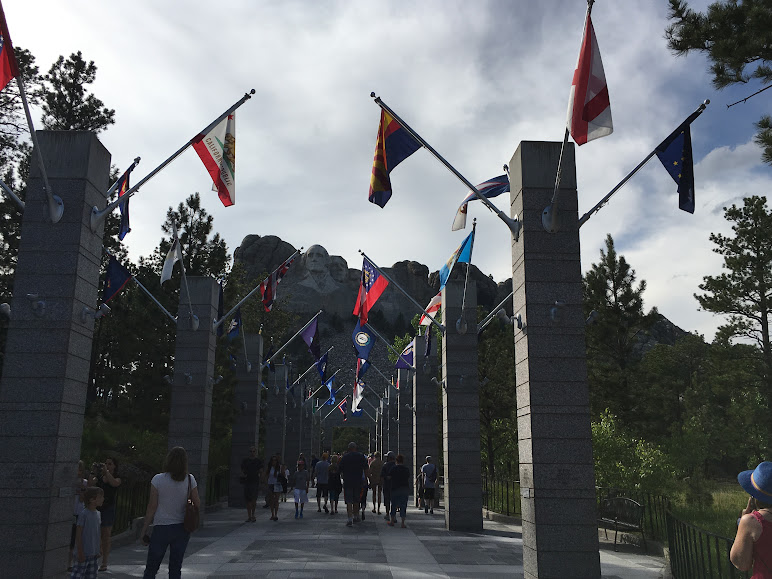 The strangest thing about the park is that that nowhere (that we could find, and we looked) do they tell you which presidents are on there.  Washington, Lincoln, and Roosevelt are pretty obvious, but we had to look up to confirm that the fourth is Jefferson. 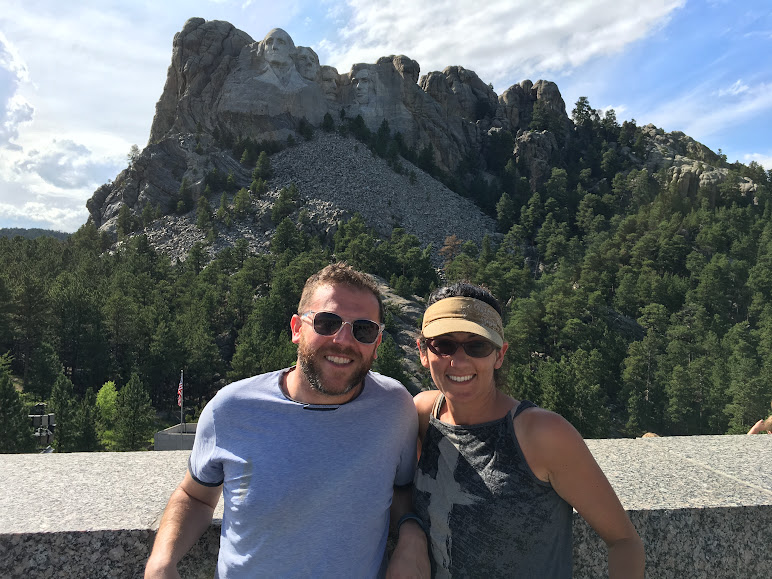 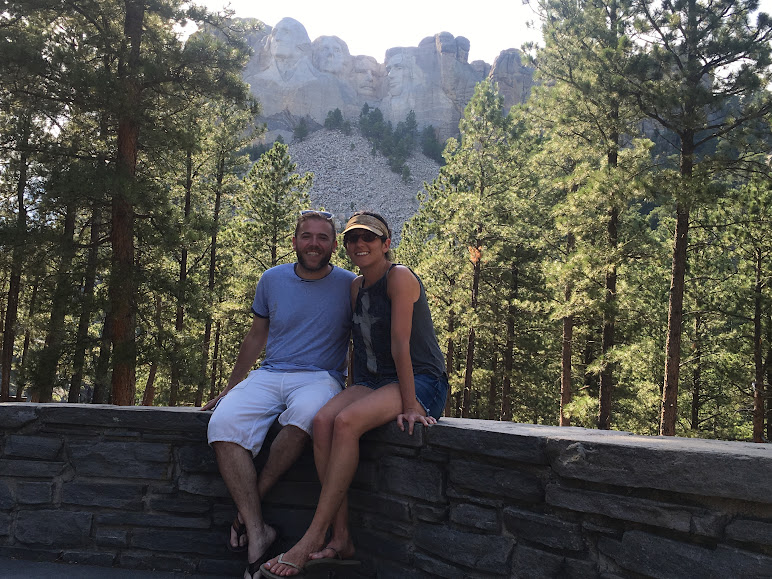 Here's a statue of Gutzon Borglum, who conceived and directed the sculpting of the mountain. 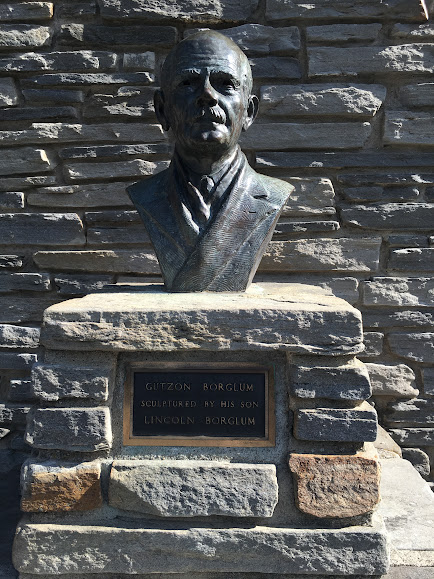 And a plaque that tells us a bit about him. 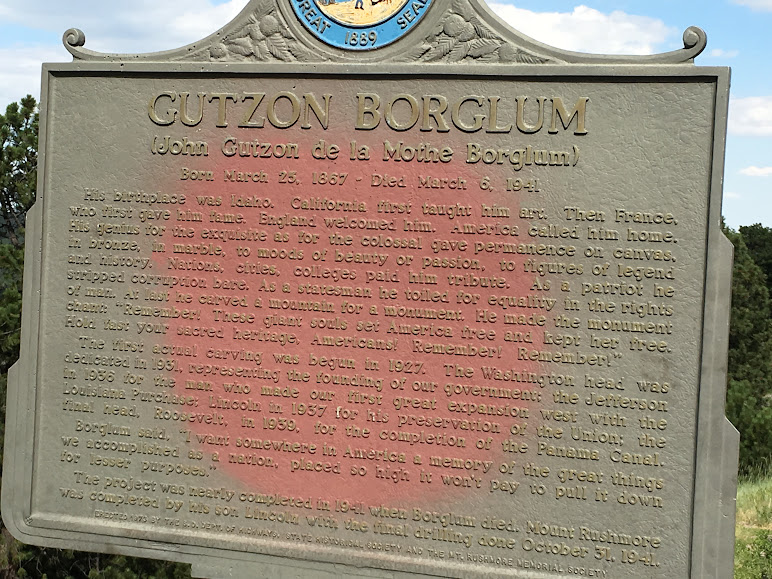 After Rushmore we headed towards Denver, through Luft, and made it as far as Torrington where got one of the last rooms at the Holiday Inn.  Here we are with our traveling toaster. 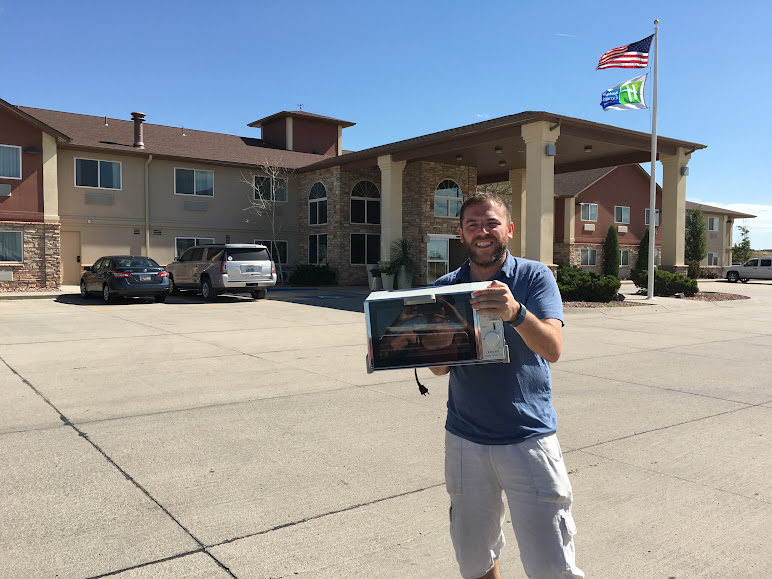 We grabbed a late dinner just before the Bronco Grill closed down for the night.  Adam had a dry beef brisket sandwich; Missy had a veggie wrap because they would not make her a salad, or let her partake in the salad bar sitting out in the open because the tongs were already washed for the night.  Missy got some good practice "adulting" at the Bronco.
Posted by arl at 2:20 PM