We drove as far as we could on Monday before stopping over for the night and putting ourselves just 4-5 hours out of Berkeley.  As I mentioned, we had decided to cut Yosemite so we were now just heading into the Bay Area so I could spend one night with Mei-Wah before heading out on Phase 2 of my adventure: Phish at the Gorge.

We hit Murray Family Farms in Arvin, CA on the way. 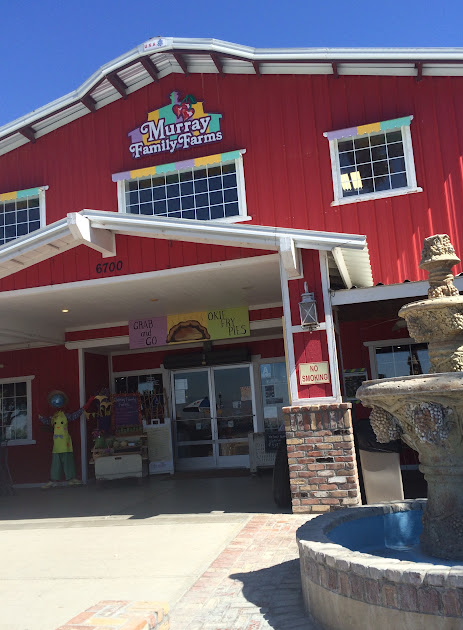 And, here we are at my new front door--Mei-Wah and my apartment building lobby in Berkeley. 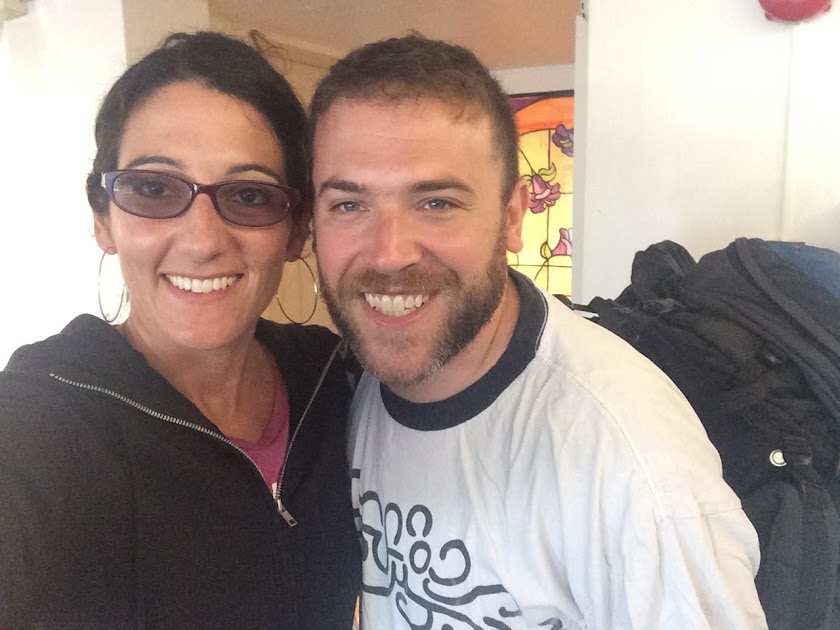 A few reflections to close out this phase of the trip (although you'll see from the post-date that I'm actually writing this several months later).

First, Missy and I are not just forced family--we really like each other.  We are quite different people in a lot of ways (not the least of which: musical taste); but in spite (or because) of that we had a great time bonding over many hours on the road.  We are the same age, but grew up in different cities and so only saw each other a few times a year.  This was definitely our most concentrated time together and it was truly fun.  I really appreciated the company, as this was a trip I had to make anyway--it wouldn't have been nearly as entertaining on my own.

Next, I want to give big thanks to Ryan and Christina, friends who travelled the world for a year on their honeymoon--including hitting 35 national parks here in the U.S.  They kept a great blog of their adventures, and to plan this trip I basically pulled up their blog, checked out their recs for national parks, and planned our route accordingly.

Finally, this trip reminded me of two important things.  First is the importance of true relaxation when one can fully unplug from work and other life stresses.  This trip was scheduled for a perfect time--I had wrapped up a large work project at the end of May and after winding down my life in DC for a month I was scheduled to take three full weeks off for this adventure (including the Phase 2 Phish shows).  Alas, the vagaries of the federal court system conspired against this well-laid plan, and I ended up with a brief due the day after I was supposed to return to the office.  This meant I had to stop over and work on my brief from time to time while on the road--but the biggest impact was mental.  Rather than being care free and truly unplugged as planned, I had this important item hanging over my head the whole time.  So, when I arrived in CA instead of feeling refreshed I was feeling drained.

Next, traveling is very fun, and I look forward to being able to schedule a longer adventure at some point.  The first part of this blog covers my 6.5 month solo adventure in Latin America which was an amazing experience.  That trip was originally supposed to be 3.5 months, which sounded like a lot from my living room in New Haven.  But, it wasn't too long before I realized that traveling in a way that allows one to be open-minded about new experiences and really explore one's surroundings requires time.  So, sitting in Buenos Aires about a month in I made one of the best decisions of my life--to forget about taking the bar exam for the time being and extend my trip.  This new 6 month plus adventure sounded quite long to my friends and family in the U.S.; but it was still on the shorter side for many of the new friends I met at hostels, who were often traveling for a year or more.

Now I have a partner and I look forward to being able to get some time of to explore the world together.
Posted by arl at 12:23 AM