We woke up at the Holiday Inn, rocked their pretty decent cinnamon rolls, and then booked straight to Denver (about 3.5 hrs).  We did stop to get the toaster (and eventually Mei-Wah) some Colorado gear. 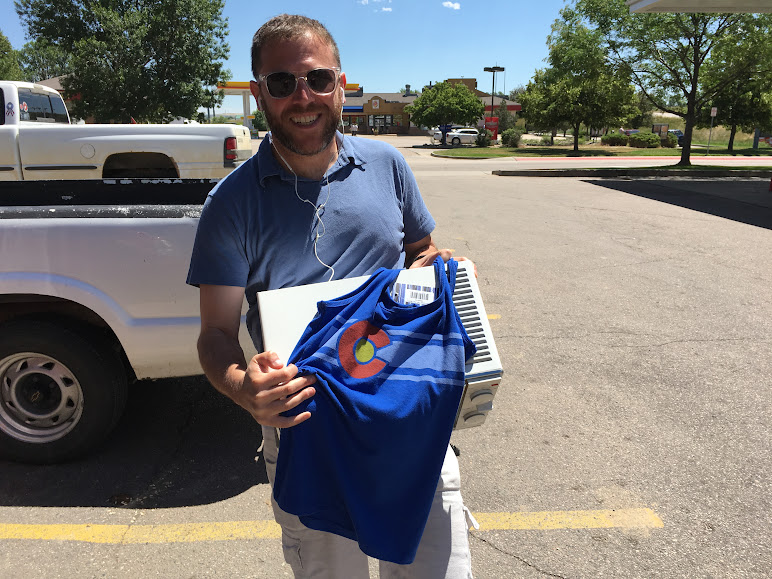 We arrived in Denver mid-day and unfortunately I had to start work on a legal brief due the day after I returned to the office after this cross-country adventure.  Fortunately, my old PIRG colleagues were happy to host me at their national office in Denver, so I headed straight there to get my drafting on.

Very important for me to visit the annual Aspen hoops tourney trophy, which I have proudly hoisted a time or two. 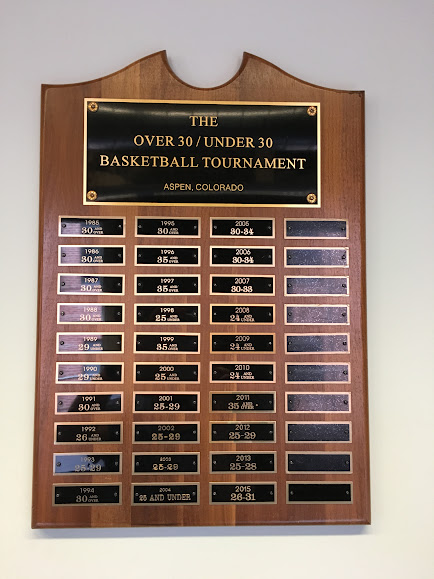 During the work day I was able to sneak away for coffee with Pete Maysmith, my friend and mentor.  Pete was my boss when I lived and worked in Denver helping to start Progressive Future (now Fair Share) in 2007-2008, and he now runs the biggest environmental group in the state.  It's always great to catch up with him.

While I was working and chatting with Pete, Missy wandered around Denver in the 90+ degree heat.  She went to a dispensary and got tutored in weed and spent some time at the famous Tattered Cover bookstore. 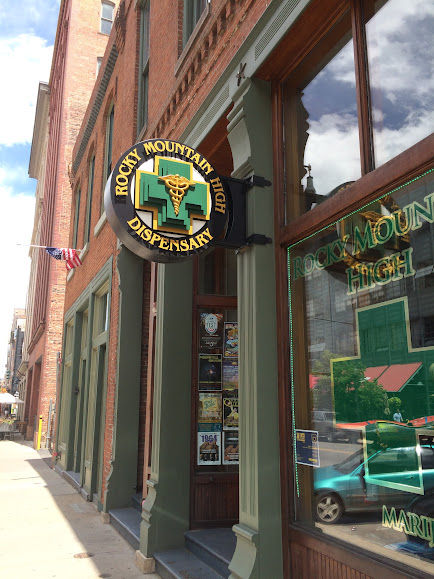 For dinner we headed to Hopdaddy's burger and beer place to catch up with a bunch of my old PIRG friends: Doug (Phelps), Doug (Casler), David, Molly, Mary, JR, and Ryan.  Thanks to everyone for meeting us out.

After dinner we headed to Doug & Faye’s house, where they generously put us up for the next few nights.
Posted by arl at 2:34 PM